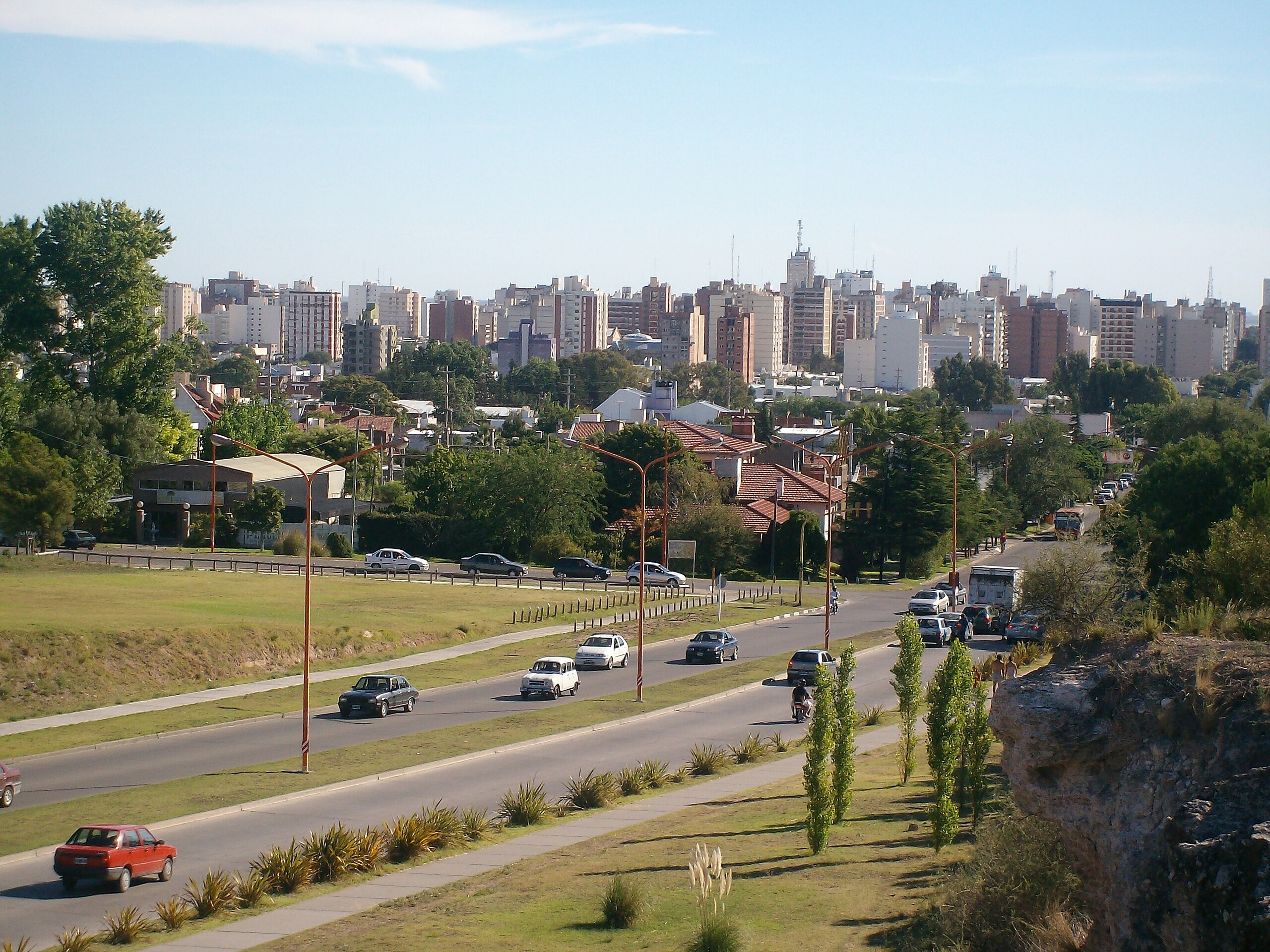 Bahía Blanca is a port city located in the south-west of the province of Buenos Aires, Argentina, by the Atlantic Ocean, and is seat of government of Bahía Blanca Partido. It has a population of about 300,000 inhabitants according to projections for 2020, and is colloquially often simply called Bahía by locals.

Founded in 1828, Bahía Blanca is the most southernly of Argentina's classic big immigrant cities and has the largest port south of Buenos Aires. While it isn't a very popular tourist destination, it is worth a visit because of its beautiful centre with several Art Nouveau buildings from the late 19th and early 20th century, for its museums and the picturesque (although a bit run-down) port neighborhood of Ingeniero White.

Bahía Blanca is an important traffic junction and considered the entry point for the Patagonia region which starts at the Colorado River, about 100 km south of the city. If you travel further south, it's a good idea to stop here for your essential buys as prices are still cheap and begin to rise from here on. There are several beaches in the area, with Monte Hermoso and Pehuen-Có being the most popular. Also, you can easily reach the beautiful mountain region of Sierra de la Ventana from here.

Bahía Blanca has a large university and is thus an important student city with an interesting cultural and night life, including a traditional opera house. Its important sea port with a depth of 45 feet (15 mt) is kept constant upstream almost all along the length of the bay, where the Naposta Stream drains. The port area is also an industry hub with mainly petrochemical factories. Bahía Blanca has a reputation to be a pretty conservative city, which may be related to its significance as a major centre for military operations, with Argentina's main military port and an important air base.

With some minor suburbs, the city forms the larger Greater Bahía Blanca urban agglomeration. The city's name (White Bay in English) is due to the typical colour of the salt covering the soils surrounding the shores. The bay, which is actually an estuary, was seen by Ferdinand Magellan during the first circumnavigation around the world on the orders of Charles I of Spain, in 1520, looking for a canal connecting the Atlantic to the Pacific Ocean all along the coasts of South America.

Local buses use the SUBE card which you can buy and charge at several kiosks in the city. The card is the same one used in Buenos Aires and several other major Argentine cities, so if you charged it in another city, you can use the credit in Bahía Blanca, too. A map of the lines and timetables can be found at the website of the municipal government.

Taxis and Remises (private cars with drivers) are plenty around, fares are very similar to other Argentine cities. While unregulated ride hailing services are not permitted, there is a taxi app, Taxi Ya Bahía Blanca.

The city center is very well explorable by foot. An interesting walk visits first the surroundings of Plaza Rivadavia with the historic buildings and then follows the Alsina street up to the theatre and Avenida Alem, the gastronomy hub. For a longer walk, follow Sarmiento from Alem to the NE. At the railway crossing you can find a nice park area, and continuing about 600 m NE you reach a hill with a nice view of the city.

While there are few cycleways, a visit by bike isn't the worst option as traffic isn't too heavy in most parts of the city. There are private bicycle rental services.

Many buildings are grouped around Plaza Rivadavia, a good spot for taking photos in the city center, with the municipal building adjacent. All museums are free of change, although the Ferrowhite Museum requests a small contribution.

The Puerto Ingeniero White neighborhood lies about 7 km south of the centre and is home to the commercial port of the city. It is served by several bus lines (Line 500 has best frequencies) and has two museums and interesting port architecture.

Another interesting sight in the outskirts of the city is the Naval Aviation museum at Comandante Espora airbase, about 8 km east of the centre, which can also be visited by bus (line 517).

Bahía Blanca is a good shopping city with reasonable prices. It has a pedestrian mall west of Plaza Rivadavia, in Drago and Alsina streets, and also many shops in the streets east and south-east of the Plaza.

Most options are located around Plaza Rivadavia and in adjacent streets, with higher-tier restaurants and bars grouped in the Avenida Alem street near the theater, north of the microcentre.

There are many night clubs around in the city centre, with also some options in the Ingenerio White neighborhood. A number of nice bars can be visited in the Avenida Alem street. Club opening hours are 11:00PM to 04:00AM. It is prohibited to sell alcoholic beverages (including beer) in grocery shops after 10:30PM.

Bahía Blanca is the gateway to the Patagonia region but also to a number of interesting, not so well-known beaches and mountain regions.